Retirement pay: The most controversial German election issue | Germany| News and in-depth reporting from Berlin and beyond | DW Old age pension is the second most important issues for German voters in this election year — right behind immigration and climate protection, according to according to an extensive survey of the Bertelsmann foundation.

A new proposal this week to raise the retirement age even further met with outrage across much of the political spectrum.

Germany’s workforce is bracing for a double whammy when it comes to keeping its state retirement fund afloat. Not only is over 20% of the population now over 65, or full retirement age, but that number is growing, and fast. By 2060, it’s projected to be more than one in three.

And while Germany’s workforce, at roughly 44 million (pre-COVID-19), is larger than ever before, experts say it won’t be large enough to cover the funding gap left by this demographic shift.

“Germany’s pension system is facing imminent collapse,” the economist Bernd Raffelhüschen at Freiburg university warned in an interview with ntv this week.

According to a 2019 survey conducted by Deutsche Bank and pollster Ipsos, almost three-quarters of the respondents, who were between the ages of 20 and 65, said they expected public retirement would only be able to cover their basic needs, and over half said they expected the retirement system to eventually collapse. 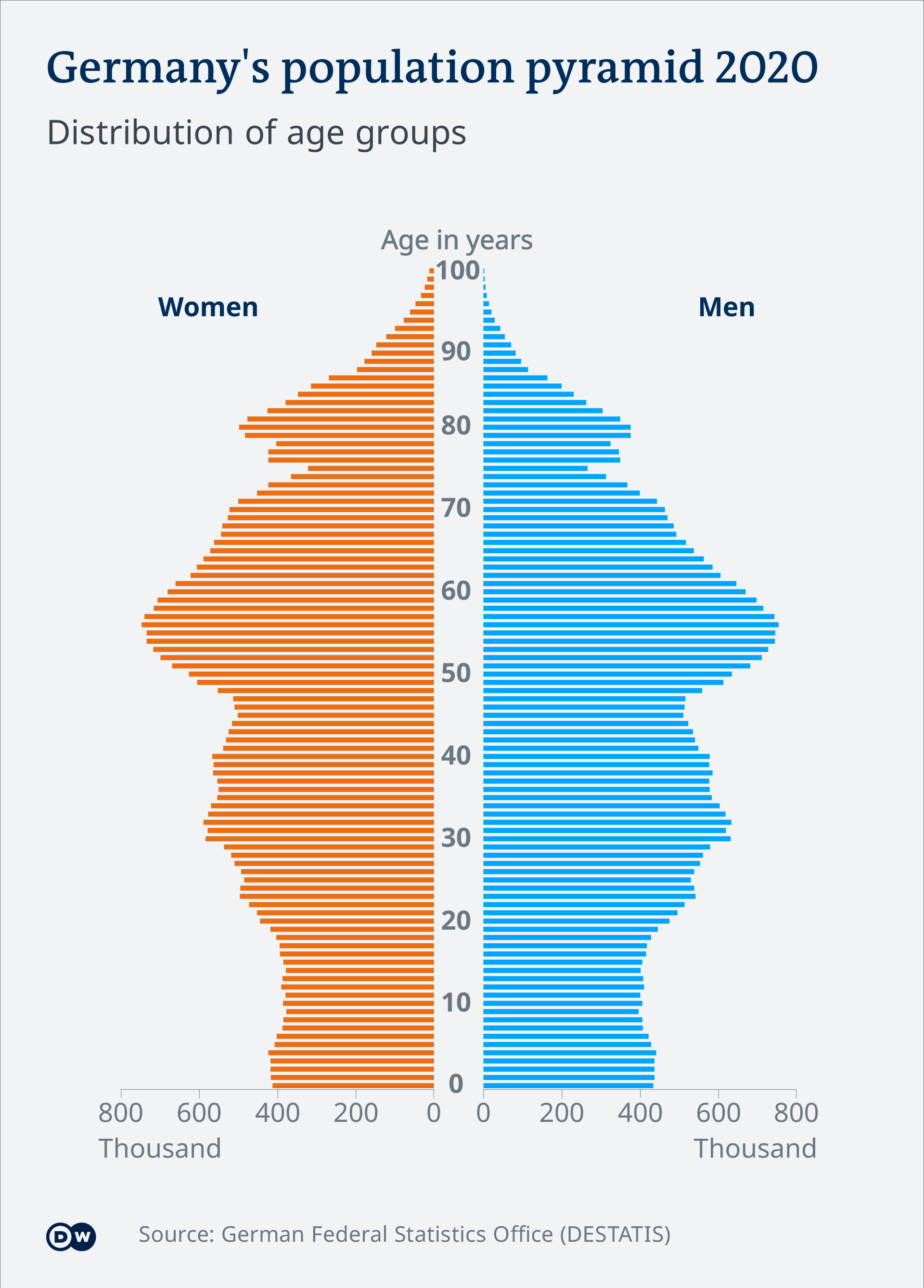 But how did a system like Germany’s, prized for its steadfast commitment to state healthcare, unemployment benefits, and even paternity leave, end up here? And why hasn’t it been able to dig itself out?

How does retirement work in Germany?

The idea of the state providing for its older population stems back to the late 19th century when the German Empire under Otto von Bismarck introduced the precursor to today’s pension system: All workers and employers had to pay in for the over-70-year-olds to receive a small yearly payment.

Fast forward to modern-day Germany, and that system has evolved into one aimed at helping retirees maintain their standard of living.

The majority of Germans, excluding civil servants and the self-employed, pay into the state retirement fund. Employees currently pay just over 9% of their monthly income, which is matched by their employer and then bolstered by tax money via the federal government.

In the end, they receive a retirement based on their average earnings and, broadly, the number of years they worked. Hence the issue of a looming shortfall: If there are more retirees than people paying in, then something’s got to give. 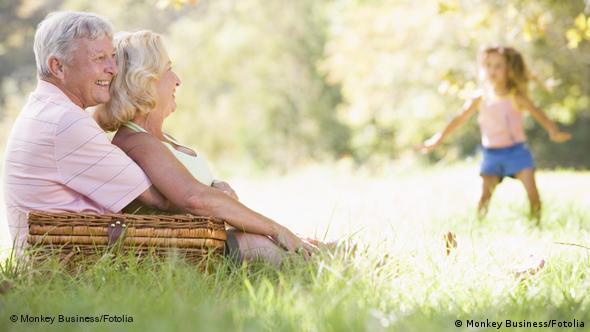 This issue can hardly be called a shock. Back in 1986 then-Labor Minister Norbert Blüm from the conservative Christian Democratic Union CDU famously came up with his mantra “The pensions are safe” in response to warnings that the system would collapse.

The difference now is the long-feared scenario is starting to unfold: the double burden of paying for today’s retirees and babyboomers entering retirement.

Plus, this large demographic will need the money longer. A man now entering retirement at age 65 will live on average another 14 years, and a woman of the same age, another 19. Compare this to 1970 when it was 2 and 8 years, respectively.

Experts warn that even with immigration, Germany’s workforce could dwindle by anywhere from 2 to 10 million by 2060, according to Germany’s Federal Statistical Office.

The very real threat of poverty among seniors

Many people find it hard to put a lot of money to the side — whether due to a low income, reliance on part-time work, the rise in temporary works contracts. Poverty among seniors has become a major problem.

“Germany is facing an avalanche of poverty among seniors,” said Left Party parliamentary leader Dietmar Bartsch in the Bundestag in March. “6.3 million people who have worked full time for 45 years, can still expect a pension below €1.100.”

According to the German Bertelsmann Stiftung think tank, one in five pensioners will be threatened by poverty by the year 2036, with women, low-income earners, and the long-term unemployed among the hardest hit.

What solutions have been proposed?

Germany’s pro-free-market, libertarian Free Democrats have recently made a comeback in German politics. They are the staunchest proponents of private retirement plans.

“Over the past year more and more people have been investing in the stock market,” FDP chair Christian Lindner told the financial publication Börse Online this week. “This is because people know not to rely on the state pension anymore, but want to work on building their own financial independence.”

So, for those who have money to invest, the question is: Do they want to? A 2018 survey by the German Institute for Retirement Plans (DIA) suggests, for example, skittishness persists when it comes to the stock market, with 43% saying stocks were too unsafe for retirement investments.

And while the prevalence of private retirement plans has been on the rise since the 1990s, the question is, who can afford to set aside the extra money? Especially in a country where the average single earner pays roughly 38% in taxes and social welfare contributions?

Starting in the early 2000s, the government began promoting privately funded retirement plans with the incentive of tax breaks. The most prominent example, known as the Riester retirement plan, however, has faltered amid low-interest rates. Critics also point to disastrously high-cost structures, ultimately leaving too little money to the beneficiary.

Forcing people to pay into the retirement fund longer, while reducing the number of years they receive payments is the recurring proposal. Germany is already increasing its retirement age from 65, the fourth highest in the EU, to 67 by 2029.

Proposals to raise the retirement age made the headlines again this week when a panel of advisors to the Labor Ministry suggested it to go up to 69.

Pointing to recent data from the Interior Ministry that showed a mortality rate of one in five before the age of 69, the Left Party’s co-chair Susanne Hennig-Wellsow slammed the proposal as “antisocial.” And the parliamentary committee for senior citizens has criticized the new proposal, saying the older workforce would become less likely to even reach retirement.

A recent survey by market research institute GfK found that two-thirds of respondents 18-32 years of age said retirement policy would indeed influence their vote. But when it’s time to go to the voting booth, they’ll be far outnumbered by voters over 60, who might have different views on retirement.