In Saxony-Anhalt, far-right AfD poised to upset mainstream | Germany| News and in-depth reporting from Berlin and beyond | DW 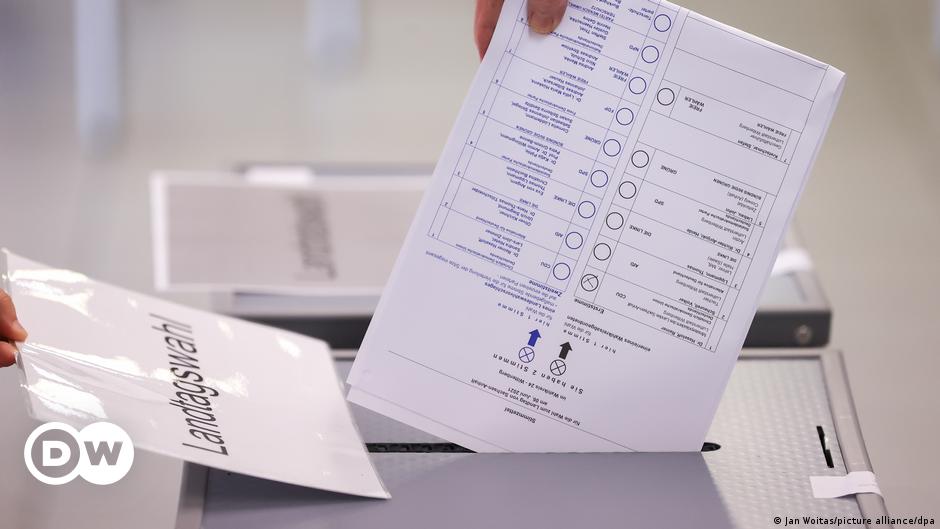 Sunday’s state election in Saxony-Anhalt is threatening to upend what has so far been the received narrative of Germany’s “super election year.” Though the results in the western states of Baden-Württemberg and Rhineland-Palatinate in March saw the Greens seize the initiative ahead of September’s general election, opinion polls in the eastern state suggest that the far-right Alternative for Germany (AfD) is about to get a serious boost.

This has sharpened the focus on the problems facing the ailing Christian Democrats (CDU) at both ends of the political spectrum: While Angela Merkel’s center-right CDU seems to be bleeding votes to the Greens in western Germany, it has the opposite problem in Saxony-Anhalt, a state where the AfD is currently polling at up to 26%.

It is as if, as some pundits have pointed out, the CDU is having to fight two different election campaigns, against parties with exactly opposite political views. 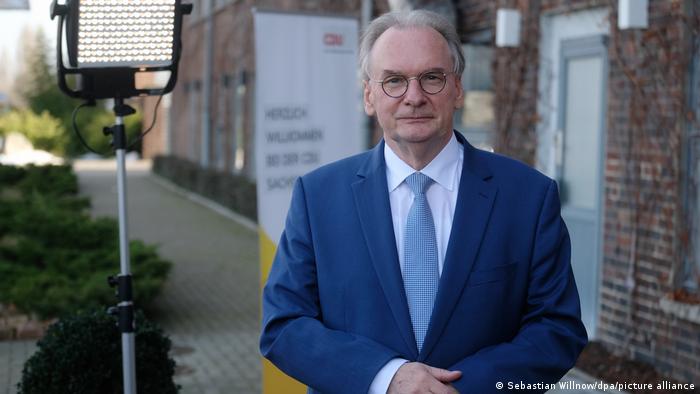 Though the latest opinion polls show the CDU and the AfD neck and neck in Saxony-Anhalt, one particular poll carried out on May 26 by INSA sent a fright through Germany’s political mainstream: It had the AfD leading the race, with a 26% vote share, just ahead of the CDU, at 25%, with the other main parties — the Greens, the Social Democrats (SPD), the Left, and the Free Democrats (FDP) — all limping a long way behind, at 6%-13%.

A vcictory would not give the AfD a role in the state government, since the far-right remains a coalition pariah for all the other parties.

But it represents a serious headache for Saxony-Anhalt’s CDU state premier, Reiner Haseloff, of the CDU, who currently leads a centrist coalition with the SPD and the Greens. If the result pans out the way the above polls predicts, the “acceptable” partners will be so weak that even a three-way coalition would not bring a majority. That would leave the CDU with the unthinkable prospect of joining a coalition with the Left party, almost as much of a taboo as making a common cause with the AfD.

What’s going on in eastern Germany?

The situation is baffling for many in Germany: The AfD is hampered by a divided leadership, no longer has a major news-dominating issue to galvanize its base as it did with the 2016 refugee crisis, and has shifted so far to the right that it has recently drawn the attention of domestic intelligence agencies charged with keeping tabs on political extremists.

Though those factors have conspired to see the AfD’s support shrink in western Germany, the party has established itself as an ever-present force in all the states in the former East Germany, where it can count on over 20% of voters, as opposed to closer to 10% nationwide.

For some, supporting the AfD is evidence of opposition to Germany’s political order itself. Marco Wanderwitz, a CDU lawmaker born in communist Karl-Marx-Stadt (now Chemnitz) and now the government’s commissioner for eastern Germany, threw a hand grenade into the debate last week when he declared that some people in eastern Germany just haven’t properly grasped democracy yet.

“We’re dealing with people who have partly been socialized by a dictatorship in such a way that they haven’t yet arrived in democracy even 30 years later,” he said on a podcast by a Frankfurter Allgemeine Zeitung newspaper. 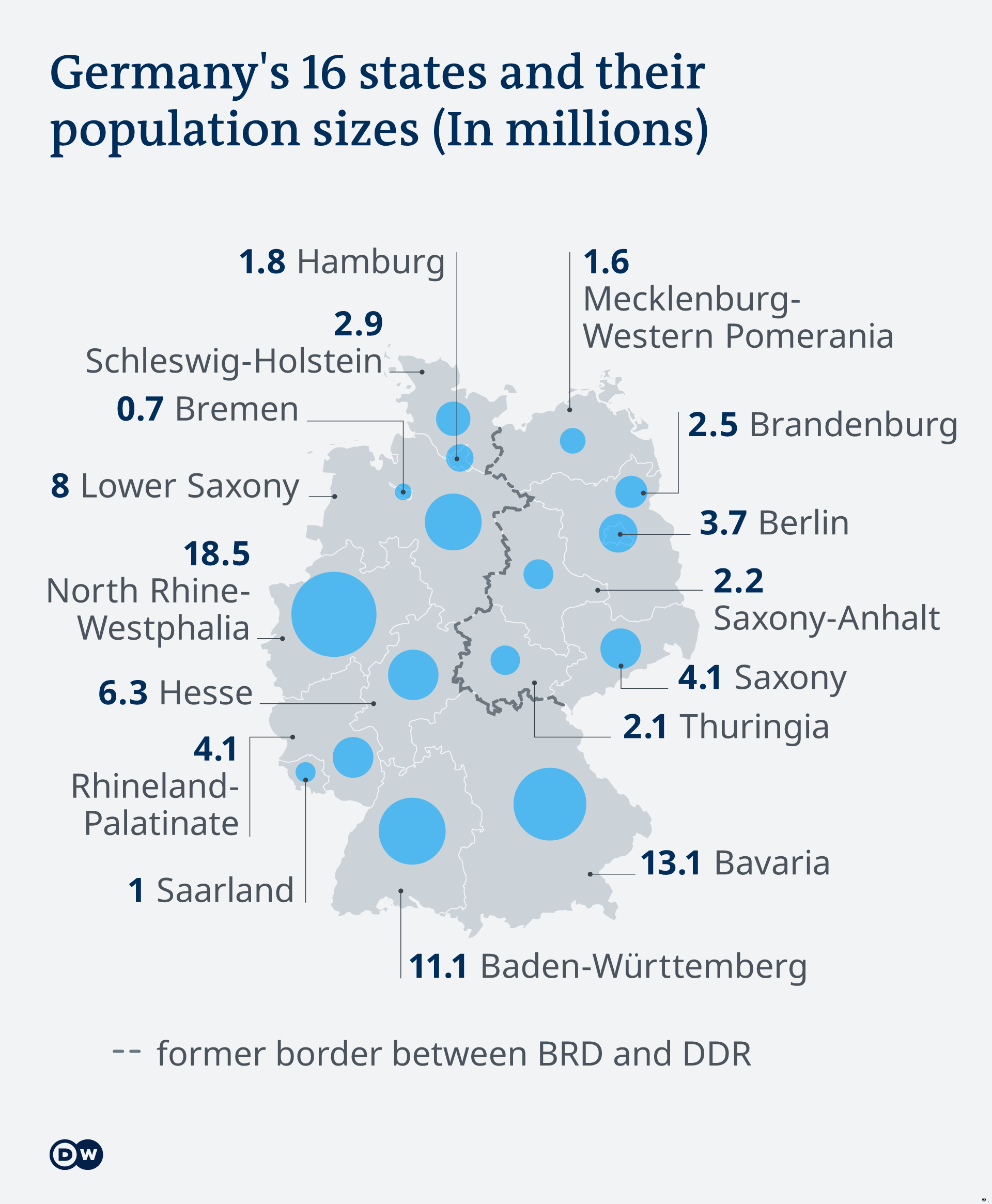 Saxony-Anhalt is one of Germany’s least-populous states

This understandably upset many eastern Germans and drew condemnation from within Wanderwitz’s own party, but it also illustrated just how deeply the Cold War division still cuts into Germany’s psyche: No matter what has happened in the past three decades, the political debate about eastern Germany is still defined by the period from 1949 to 1989.

That historical grievance, coupled with a sense of having been economically “left behind” by western Germany after reunification, is often seen as Germany’s unique version of the issues that were said to have fueled the rise of populist nationalist leaders around the world, such as former US President Donald Trump. Many consider the AfD the only party that offers them a democratic way to voice their irritation at the political “elites” in Berlin.

And yet, the demographic changes following reunification have arguably had a greater effect: Saxony-Anhalt has lost a quarter of its population since reunification, leaving only 2.2 million people today. (The state has the third-lowest population density in Germany, behind two other eastern German states.) As a result, Saxony-Anhalt now has the oldest population of any state in Germany, with an average age of 47.9 (as measured in 2019 by the federal government’s “Demografie Portal”).

This also offers a clue that Germany’s political divisions may not, as Wanderwitz implied, simply reflect the former East-West border: After all, the Greens are also currently the strongest party in the city councils of Potsdam, Dresden and Leipzig, some of eastern Germany’s main urban centers. Indeed, studies by the pollster infratest dimap have shown that across Germany, the Greens are strongest in areas where the population is growing, while the AfD tends to be strongest in areas where populations are shrinking.

Though this demographic shift has inevitably caused economic damage in former East Germany, it would be misleading to blame the rise of the AfD on impoverishment: Saxony-Anhalt’s economic figures have been improving in recent years, with a rising GDP and a dropping unemployment rate of 7.5%, only 1.6 percentage point above the national rate.

Equally, according to official statistics agency Statista, the wage gap between eastern and western Germany has shrunk considerably — down from 22% in 2015 to 15% in 2020. Former East Germans in states like Saxony-Anhalt may feel “left behind” by the politics of those in urban areas, but, economically at least, they are also catching up.

As for Sunday’s election, Haseloff is most likely to retain his post as Saxony-Anhalt’s state premier, given that, despite the CDU’s wider malaise, he remains the state’s most popular politician — though some suggest he’s helped by the fact that many people in the state haven’t even heard of the leading candidates of the other parties. The handling of the COVID-19 pandemic remains the state’s most important issue, and here Haseloff can point to the fact that he has presided over some of the lowest infection rates in the country. The future of the state will depend on how well his potential coalition partners perform. 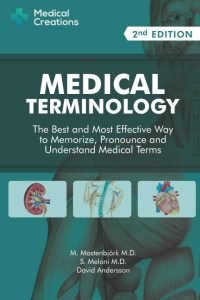