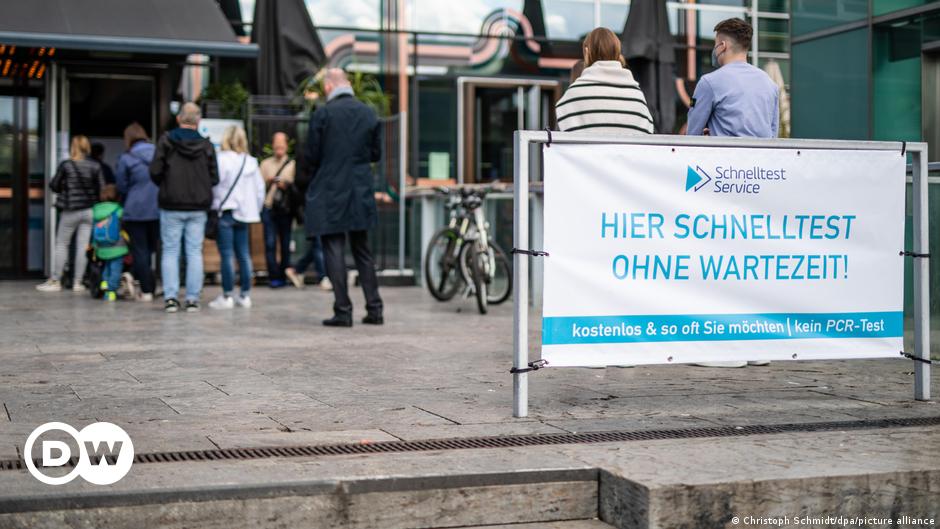 Since allegations of fraud at several providers were made public earlier this week, a debate has started on how to control the test centers and who should be in charge.

When it comes to private service providers, Spahn stressed, there’s obviously a need for even more control and monitoring.

Furthermore, Spahn wants to involve tax authorities in the controls. “Most people have a very different respect for the tax office than they do for the health authority,” he said.

How did it all start?

Public prosecutors in the western German city of Bochum opened an investigation on Friday into a company carrying out rapid antigen tests that reported many more tests than were actually performed to insurance companies.

Investigators were tipped off by German media reports earlier in the week that test centers belonging to the company MediCan throughout the state of North Rhine-Westphalia had issued claims for hundreds of COVID tests that had not been carried out. Investigators said they had searched offices and private residences.

As part of Germany’s plan to allow people to return to shops, as well as outdoor drinking and dining, people must display proof of a negative COVID test before entering an establishment. The rule does not apply to people who have been fully vaccinated or recovered after contracting the disease.

In North Rhine-Westphalia, there is no limit to the number of tests a person can take per week, and the government is footing the bill so citizens can receive a test free of charge. “Citizen test centers” are widely available in cities.

What are the accusations against the testing company?

State investigators said they were conducting an investigation into “two people in charge of a company based in Bochum on suspicion of fraud in connection with the billing of citizen tests to the Association of Statutory Health Insurance Physicians.”

The company runs a total of 54 centers in 36 cities, the Süddeutsche Zeitung newspaper reported.

Investigative journalists discovered that one center in Cologne had carried out 70 tests in one day, but claimed to have performed 977. Another in the city of Essen registered 1,743 tests even though they had only carried out 550.

The owner of MediCan has denied the allegations, saying that the false numbers were not those that had been registered with state insurance companies. MediCan said in a statement that “the tests carried out in some cities with several locations are registered in aggregate.”

This aggregation was done “in consultation with the relevant authorities,” it added.

How are local officials reacting?

Health authorities in Münster, Essen and Cologne denied that they had agreed to move around test numbers among locations, emphasizing unanimously that doing so is not permitted.

Authorities in the city of Münster withdrew MediCan’s authorization to perform tests, while the health ministry in Cologne performed a surprise inspection on one of the company’s test centers there, public broadcaster Tagesschau reported.

The joint media investigation revealed that the German government is paying €18 ($21.95) per free citizen test.

However, it also revealed that neither the health authorities, nor the statutory insurance bodies in contact with the test operators, have the ability to fully keep track of the total number of tests, which potentially leaves room for abusing the system.

This is an updated version of an earlier article.