Police in the northern German city of Hamburg cleared out parts of a popular district on Saturday night after an illegal rave party in a nearby park spilled into the streets.

According to German media reports, between 1,300 and 1,500 people attended the party in Flora Park, located in Hamburg’s “Schanzenviertel” neighborhood, which is well-known for its vibrant nightlife.

Police dispersed the revelers after it became clear that many people were breaking coronavirus regulations by not observing social distancing or wearing face masks.

After the park was cleared, people then spilled into the streets of nearby neighborhoods. The NDR public broadcaster reported that some threw bottles at the police, and were jumping on cars. Several people were arrested. 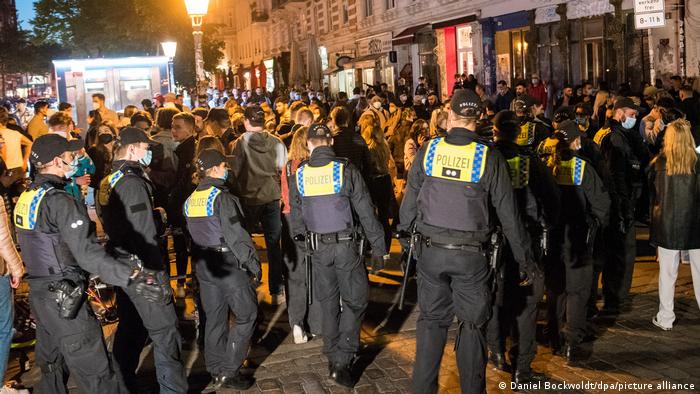 Revelers are cleared from the Schanzenviertel district

Police then began to clear the streets, and cut off access to parts of the Schanzenviertel.

Hamburg recently lifted some coronavirus restrictions for outdoor dining, and the good weather on Saturday had already attracted around 4,000 people who packed sidewalks and outdoor seating in the Schanzenviertel and neighboring St. Pauli districts.

“A lot of alcohol was being consumed and there were numerous breaches of coronavirus regulations,” a police spokesperson told the NDR broadcaster. 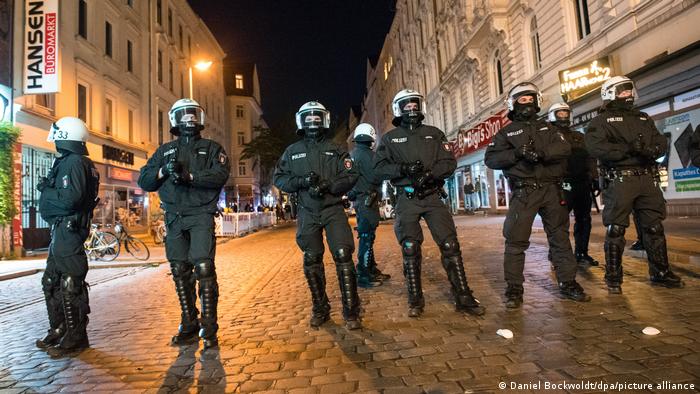 Police cordoned of entry to the popular nightlife district

Across Germany, coronavirus restrictions are being gradually lifted as case numbers continue to fall.

However, indoor service at bars and restaurants is still not allowed in Hamburg. Outdoor seating is allowed with a limited number of people at each table.

DPA contributed to this report 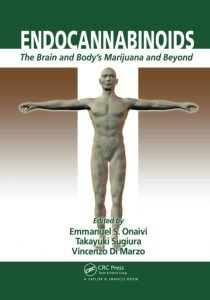 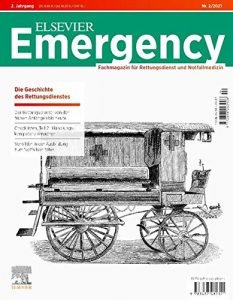 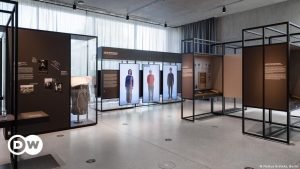