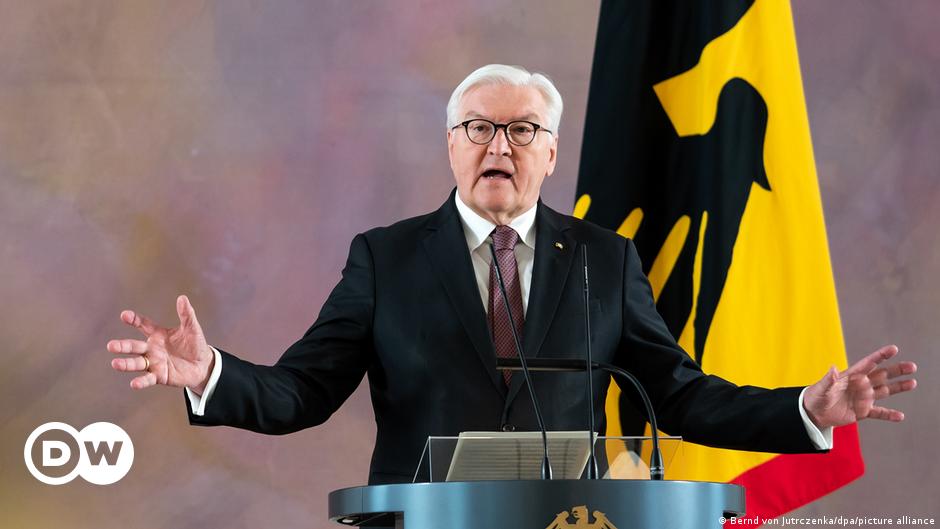 The 65-year-old Social Democrat has served as head of state since 2017, and his current term is set to expire in March.

What did Steinmeier say?

Addressing a press conference in Berlin, Steinmeier said being president was an “honor” and an “enormous challenge.”

His pitch to keep the job comes four months before Germans head to the polls  to elect a new Parliament. It will be the first election in 16 years without Chancellor Angela Merkel, who is quitting politics.

Steinmeier, who is a widely respected across the political spectrum, told reporters that he wanted to “accompany the country on its way into the future,” and continue to “build bridges” as Germany recovers from the toll of the coronavirus.

“These are turbulent times,” Steinmeier said. “The pandemic has inflicted deep wounds. It has brought suffering and grief, economic and psychological distress, and a great deal of frustration and bitterness.”

“I would like to help heal these wounds,” he said.

Who will pick the next president?

In February, an assembly made up of members from the Bundestag, Germany’s lower house of Parliament, as well as representatives from the country’s 16 states, will decide who should be the next president.

The position is a largely ceremonial role that carries few powers. It is often held by a senior politician who is seen as a unifying figure and an important moral authority for the country.

Born in western Germany, Steinmeier is a member of the center-left Social Democrats, the junior partner in Merkel’s government.

He served two stints as Merkel’s foreign minister before being picked to serve as president in 2017. He was previously chief of staff to former Chancellor Gerhard Schröder.