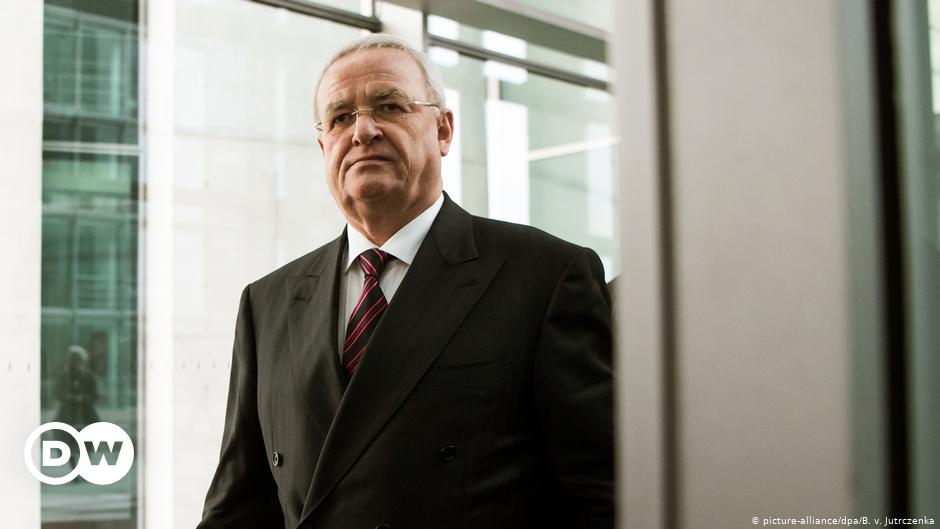 Berlin states prosecutors brought charges against the former boss of the German automobile giant Volkswagen on Wednesday, alleging that he lied to the German Bundestag, German mass-circulation Bild newspaper reported.

The charges say Martin Winterkorn gave false testimony in January 2017 to a parliamentary committee that was investigating the “dieselgate” scandal, in which VW falsified data regarding emissions of diesel cars.

The prosecutors said that Winterkorn knew about the data manipulation earlier than he admitted to during the inquiry. VW has tried to distance itself from the former boss and the whole scandal, but has continued to face litigation.

“In his testimony, the accused falsely claimed to have been informed of the defeat devices only in September 2015,” Berlin prosecutors said in a statement.

“According to the indictment, he had since May 2015 been aware that the engine control software of some VW vehicles had been equipped with a function to manipulate the exhaust values in testing,” prosecutors added.

In a separate case, Volkswagen said on Wednesday that it was facing fresh charges in France for cheating emissions testing.

Court proceedings began on May 6, with French prosecutors claiming that Volkswagen committed fraud in regards to crucial aspects of a car model the company produced. This lead to the endangerment of human and animal health, prosecutors said.

The company — no longer under the leadership of Winterkorn — denied causing “harm” to French consumers.

The court ordered VW to post €10 million ($12.2 million) in bail and put up €60 million as a bank guarantee to ensure possible compensation can be paid. Renault faced the same treatment on Tuesday.

In yet another announcement on Wednesday, Volkswagen said it had come to an agreement with former executives, including Marting Winterkorn, who led the company in the run-up to the “dieselgate” scandal.

The company will be paid a total of €288 million in compensation — including the €11 million in damages that the former CEO recently agreed to pay. Rupert Stadler, who formerly led the VW subsidiary Audi, was also included in the settlement.

Some €270 million of the payment comes from directors’ and officers’ liability insurance.

The former boss is also facing a trial in the town of Braunschweig, close to the VW Wolfsburg headquarters, in the state of Lower Saxony.

The court dropped market manipulation charges against Winterkorn in February; however, he must still face accusations of fraud, which he denies. Prosecutors have chosen to pursue the fraud charges, which carry a heavier possible sentence.

The 73-year-old resigned in September 2015 after it emerged that the German auto giant had fitted millions of its vehicles worldwide with a so-called defeat device. The device made emissions from some cars appear cleaner than they were, qualifying them for lower road tax.

Several key figures from the auto industry were forced to step down and sometimes appear in court. Former Audi CEO Stadler was the first top executive to stand trial in Germany for his role in the affair.

The Audi company was deemed not liable to pay compensation to customers by Germany’s Federal Court of Justice in March of this year. The court ruled that it would be difficult to prove Audi’s direct responsibility for installing the parent company’s software in its cars.