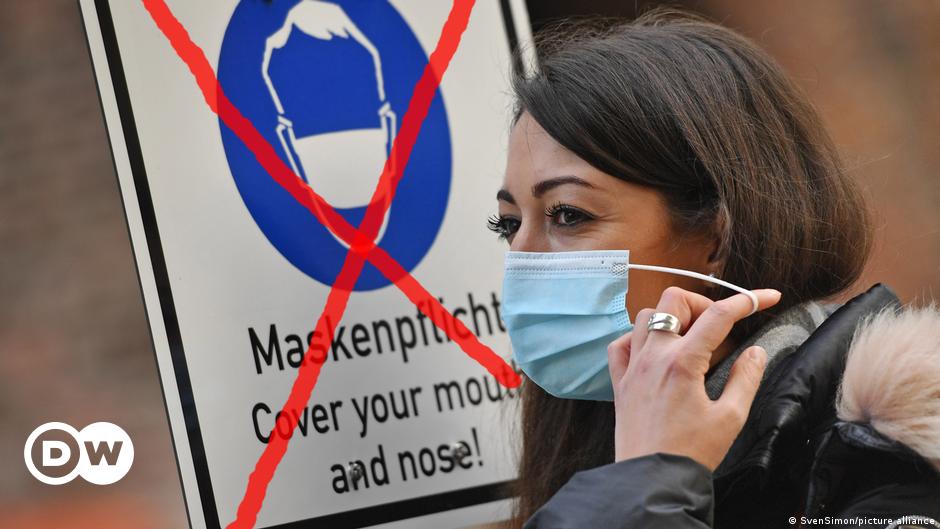 Watch movies at home. Skip concerts. Don’t meet with colleagues for an after-work coffee. The COVID pandemic has been posing a threat to many in Germany for one and a half years now, forcing people to change the way they lead their lives.

That, at least, is the conclusion drawn by “Contact Monitor” — a research group led by Professor Dirk Brockmann at Berlin’s Humboldt University. Brockmann calls himself a complexity researcher and he and his team provide advice to the Robert Koch Institute (RKI), Germany’s independent government agency responsible for monitoring and combating infectious diseases.

Brockmann and his team have collated and assessed anonymous GPS data from more than a million mobile phones across Germany. The aim: to identify moments when two mobile devices met for at least two minutes at the same location, which then counted as a “contact.” Before the pandemic, each cellphone user had an average of 20 such contacts each day.

“The figure is now back at about half that level,” Dirk Brockmann tells DW. “It is very likely due to the fact that we’re still not eating in restaurants as regularly as we used to and that we avoid all sorts of different kinds of events where there’s a lot of contact.” The frequency of contact is moving back up towards normal levels, but only very slowly,” says Brockmann: “Much more slowly than contacts were reduced during the first wave of COVID.”

“Although it was not the biggest wave, people reacted very quickly, very intensively. There was suddenly an unknown pandemic at their door: an unknown virus,” says Dirk Brockmann. People’s personal perception of the menace they faced played a big role: “A much bigger role than, for instance, the political measures that were taken — the lockdown.”

Those political measures now look likely to gradually expire. Three political parties — the center-left Social Democrats (SPD), Greens and neoliberal Free Democrats (FDP) — are negotiating to form Germany’s next government. At the start of their talks on Wednesday they announced their willingess to let the national pandemic state of emergency expire on November 25th. Social Democrat, Dirk Wiese, put it like this: “With the new government, there will be no more school closures, lockdowns or curfews. In the current situation,” he added, “they are simply not proportional solutions.”

However, Germany’s regional authorities will continue to be permitted to enforce measures like social distancing and the wearing of masks until the spring of next year. But: “All measures will be discontinued by the beginning of spring on 20th March 2022 at the latest,” said ranking Free Democrat Marco Buschmann.

Regardless of political measures, people’s individual behavior, in part at least, depends on their personal assessment of risk factors. When the numbers fall, people tend to be more ready to seek contact. “But when infection levels go through the roof, as is currently the case, then people will adopt a more vigilant approach out of concern that they might be infected,” says Professor Brockmann. He describes it as a “proportional interaction between the numbers and how people behave.”

However this interaction has slowed down in the eighteen pandemic months. “People are getting lazy in their ways. Society becomes less vigilant as people get used to the situation.”

Dirk Brockmann points to the threat posed by the highly infectious Delta variant of coronavirus and warms people not to become complacent where social distancing and the wearing of masks is concerned. Which, he is quick to add, also applies to those who are fully vaccinated. They might be protected from serious illness: “But the probability of being infected is not reduced by 100%. There is still a residual risk of being infected and not noticing it.”

Brockmann and his colleagues have also begun to use data from fitness trackers — provided voluntarily by users — in order to build their models. This enables the researchers to detect how many people throughout Germany develop a fever — which also helps to estimate the number who might be infected with the virus. These research efforts are currently being expanded, with users becoming so-called data doners. 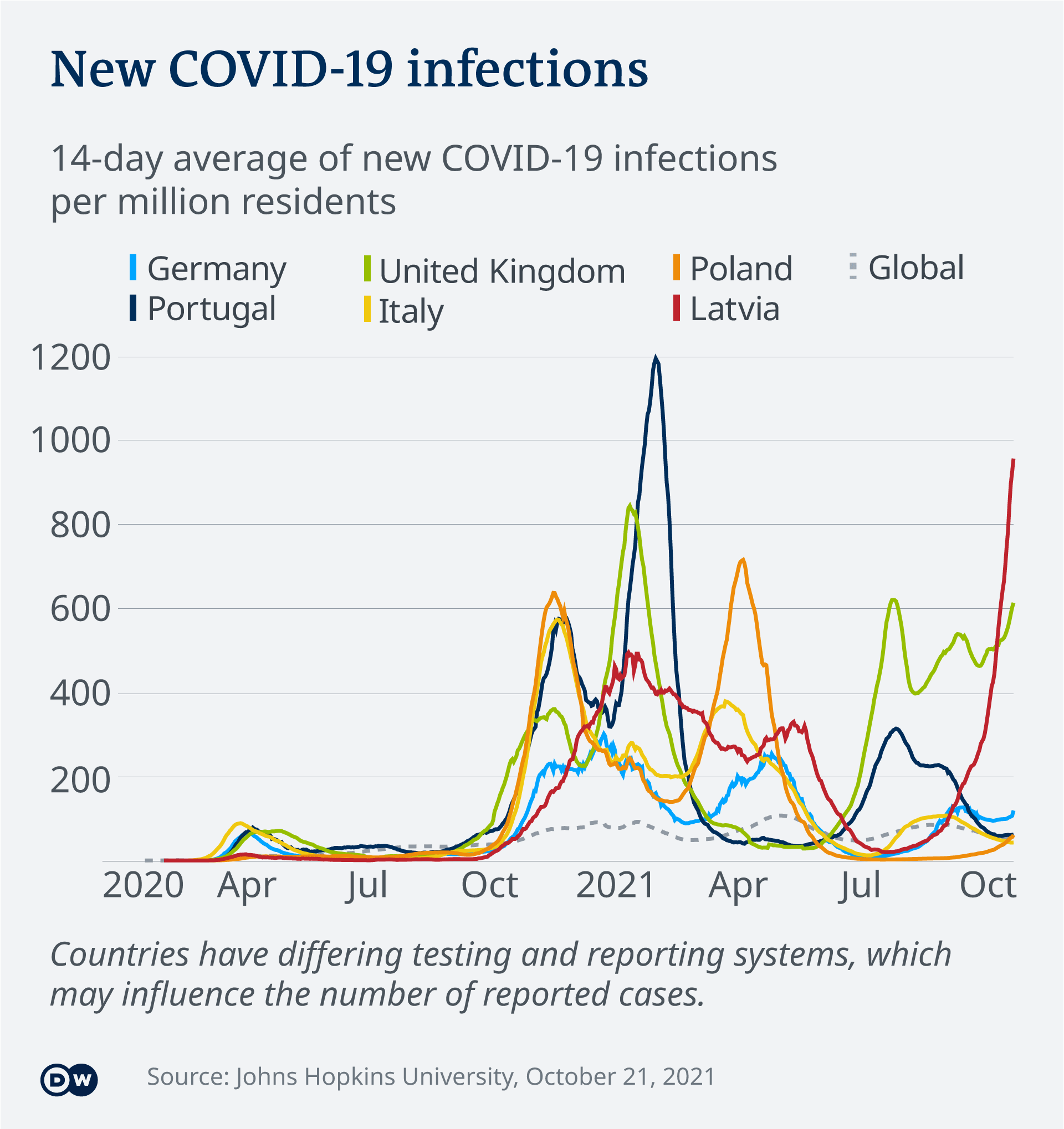 Through their smartphones, more than half a million people have had the opportunity to become data donors and take part in surveys probing psychological aspects of the pandemic. Complexity researcher Brockmann is now cooperating with the psychology professor Cornelia Betsch.

Unlike in the US, such interdisciplinary projects are not easy to get off the ground in Germany. But Dirk Brockmann says the new approach is absolutely crucial: “The pandemic is in itself primarily a psychological phenomenon” which affects interpersonal relationships and person-to-person contact. Compared to other EU countries, Germany has a high number who are reluctant to get vaccinated — this too is something for psychologists to look into.

The researchers hope that their work will help the country’s political leaders to avoid repeating some of the mistakes made during the last year and a half. Nevertheless, the fact remains that it is the politicians themselves who have to make the tough calls.

Dirk Brockmann at the Humboldt University in Berlin has a personal mantra, which he is happy to share with Germany’s new government: “In the pandemic, communication is the key.”

While you’re here: Every Tuesday, DW editors round up what is happening in German politics and society, with an eye toward understanding how the new government is formed and what that will mean. You can sign up here for the weekly email newsletter Berlin Briefing, to stay on top of developments as Germany enters the post-Merkel era. 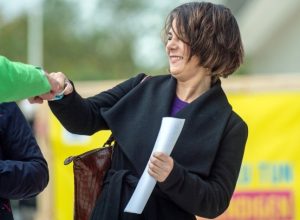 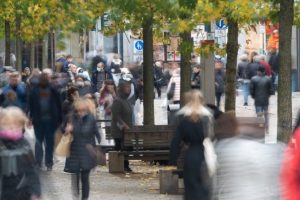 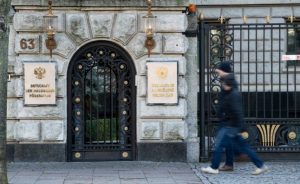