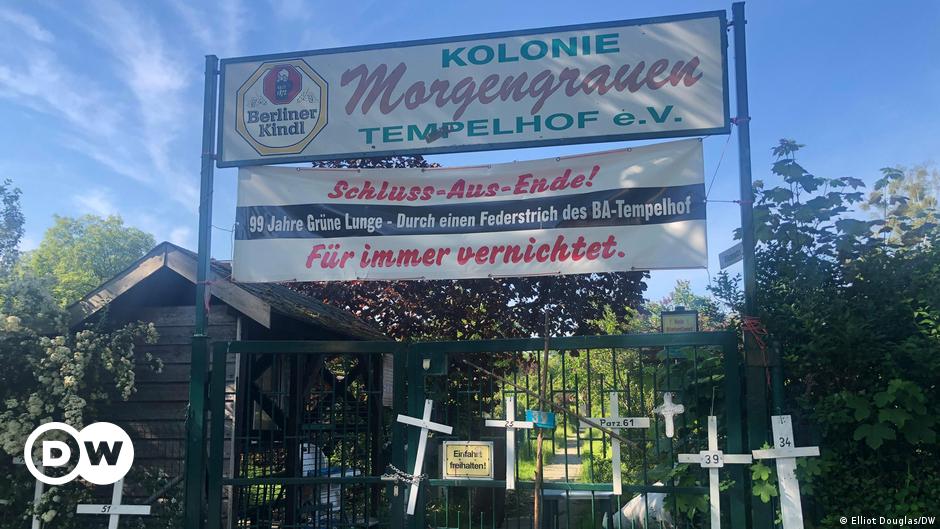 It is a bright, warm afternoon at the start of June, and at a city garden complex in the Berlin district of Tempelhof the gardeners are either hard at work tending their greens or else enjoying some respite in the shade.

Walking along, Beate Dirsiss and Thomas Koch — respectively the chair and vice chair of the site’s organizing committee — are constantly waylaid to engage in friendly chats with their fellow gardeners.

“We have become closer during the pandemic,” Dirsiss says. “Especially for elderly and sick tenants, gardening is so important for their quality of life.”

But the quaint community’s days are numbered. Their complex has been removed from a protection list by the Berlin Senate and the gardeners have discovered that the plots they have tended for decades are to be demolished to make way for a new school. 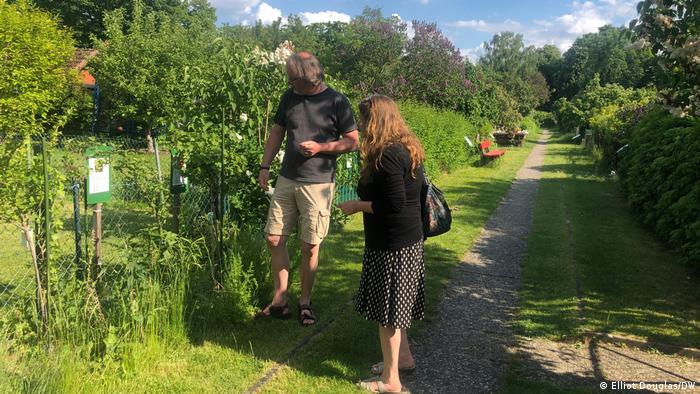 Dirsiss and Koch have gardened in the site for years

The plan may be perfectly reasonable: There is no doubt that the bustling German capital is in need of new public infrastructure. For some to give up gardens that ostensibly only benefit a few people may seem like a necessary sacrifice. But the longtime gardeners believe the plan is flawed — and that a compromise is possible.

Dirsiss has been gardening at the Eschenallee complex since she was a child, when her middle-class West Berlin parents took over a plot in 1969, but the complex has been there much longer than that. Formed in 1917, it was originally a cooperative organized by workers in Tempelhof — then a separate municipality outside of Berlin.

These early, largely working-class allotment keepers were mainly concerned with supplementing their food supply and having some green space, decorated with flowers and garden gnomes, to enjoy in the city. Later, the allotment was an escape for ordinary West Berlin families like hers who could not venture far from the enclave city.

Under the terms of the 1983 federal allotment law, city gardens need to give over at least one third of their space to growing fruit or vegetables and cannot exceed 400 square meters each. But modern German city gardens also typically include lawns, a seating area, a shed and often paddling pools or other recreational spaces. At larger sites, tenants even have small cabins where they sleep in the summer months. The Berlin Senate claims that “no comparable city has such a large number of privately usable city gardens within easy reach of the city center.”

The procedure of transferring the lease of a city garden from one individual to the next is slow, and waiting for a Berlin plot can last about five years. In Germany, the insular city garden community have had a reputation as bastions of middle-class Germanness — and media reports in recent years show examples of xenophobia, including one site not far from Eschenallee that allegedly introduced a “quota for foreigners.”

Dirsiss their site has slowly become more diverse in recent years: “Our gardeners include people with Croatian, Persian, Turkish, Korean and Polish roots and there are also several same-sex couples.”

After years of negotiations, the Berlin Senate adopted a new allotment development plan in 2019, under which 82% of the city’s 71,000 plots will be preserved permanently as “green areas” and a further 9.4% will have guaranteed protection in their current form until 2030. This leaves about 6,000 plots that now have no protection.

And some of these sites are in line to be taken over by the city to face the “growing demand for schools, day care centers, sports fields or other social facilities,” according to the Senate — including Eschenallee. In fact, Dirsiss and Koch say it was first red-lined as a potential school site back in 1959, but according to information requests they made there is not yet a concrete plan for which school building will be put on the site. 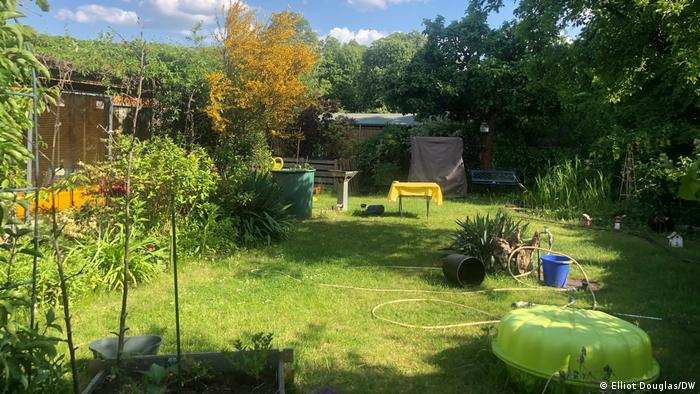 A typical garden plot at the Eschenallee site, with space given over to lawn as well as vegetation

Koch, who helped organize a citizens’ initiative to protest the demolition, suggested alternate sites for the school.

“Our proposed alternative sites for the school were virtually swept under the carpet by the politicians,” Koch says. “We believe that both options are possible — climate-friendly city gardens and new schools — but the political will to look for alternatives is missing among those responsible.”

Among the politicians on their side is Daniel Buchholz, of the center-left Social Democrats, who, together with Marion Platta from the Left party, tabled a bill that would protect all existing city gardens by law. Earlier in 2021, the bill failed to be passed into law in the Berlin House of Representatives, partly because of the Green party’s unwillingness to cooperate.

“City gardens offer real added value for Berlin: As open spaces for flora and fauna, places of community and nature experience, and they are important for the environment and the microclimate of the city,” Buchholz told DW.

In return, he believes that sites need to work harder to be more open and offer more neighborhood cooperation. In Tempelhof, Dirsiss and Koch say they have always done this.

“We created a nature trail, flower-picking beds and applied for a ‘green classroom’ project so school children could come and garden — but the latter was then rejected because we were on the demolition list,” Thomas added, shaking his head at the irony.

Even people in the neighborhood who do not have plots get benefits from the site — not least because of the beautiful nature, but also because of the clean-air microclimate the biodiversity encourages.

With Berlin heading to the polls this September, a fresh attempt at a law to protect the sites is unlikely until at least after that time. Koch and Dirsiss plan to keep fighting.

Above all, they want to avoid the fate that befell the Morgengrauen site, a few kilometers up the road. After being given their notice to vacate, allotment-holders had to give up their leases in early 2020.

Since then, the complex has sat empty. It is a sad site, with overgrowing lawns and a series of funerary crosses placed on a locked gate by those who had lost their gardens as a sign of mourning. Some gardens had been in the same family for almost a century.

The Berlin Senate apparently has the site earmarked it for a community building — but at the moment doesn’t have the funding. 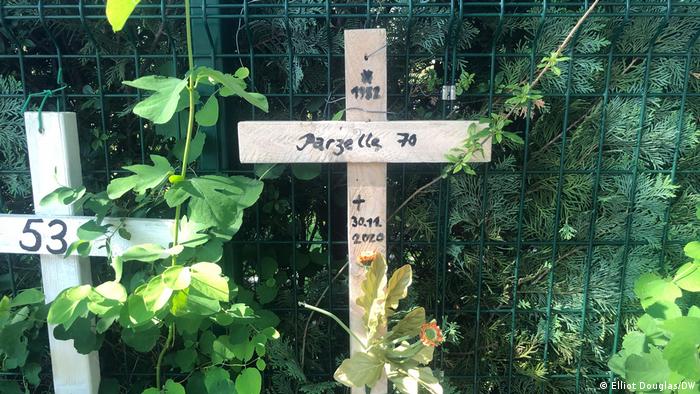 At Morgengrauen, leaseholders placed crosses on the closed gates to show the “death dates” of their plots