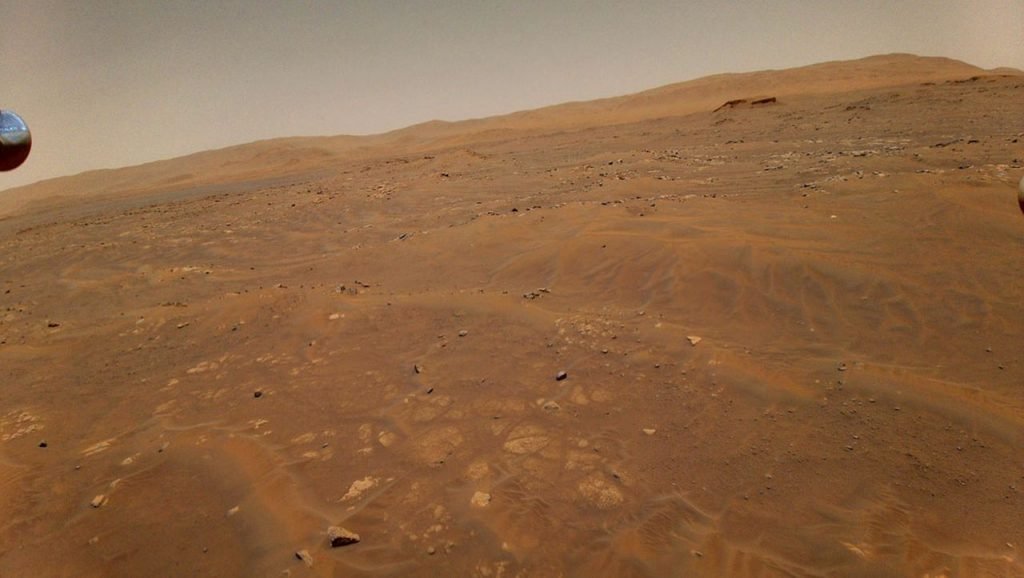 Håvard Grip works at the Jet Propulsion Laboratory in Pasadena, California, which operates as the control center for NASA’s probes. Grip is the chief pilot of the Mars helicopter Ingenuity, which has successfully completed a half dozen flights on Mars. He graduated from the Norwegian University of Science and Technology in Trondheim, where he teaches today, as well as at Washington State University. He also works for the Norwegian research institute SINTEF in Trondheim, where he is part of a partnership project with German carmaker Daimler.

DER SPIEGEL: The International Civil Aviation Organization recently added a new airport code to its lists: JZRO. What does the code mean to you?

Grip: The code stands for the first extraterrestrial airfield, in Jezero Crater on Mars. It means something special to me, not only because we flew out of there, but because I spent day and night for several weeks picking that particular location. One of my roles right after the landing of the Perseverance rover on Mars was to lead the work to find that airfield. I spent a lot of time studying individual rocks and pebbles, and measuring them to figure out the perfect spot. So, yeah, that place does really have a special place in my heart.

DER SPIEGEL: What made the spot so perfect?

Grip: We wanted to find a place that was relatively close by the landing site of Perseverance. We were always hoping that we wouldn’t have to go great distances, so we immediately started looking in that area. The fact that we were able to find something close by was a big benefit in its own right. But the place also had some really nice properties, almost surprisingly good. Even though it was very flat and didn’t have many obstacles that could be dangerous to the helicopter, it still had a lot of good texture for the navigation cameras to look at. That is something Ingenuity needs so that it can determine how and where it is flying.

DER SPIEGEL: On April 19, for the first time ever, a man-made motorcraft flew on another celestial body. And you were the chief pilot. How did that feel?

Grip: It was just a tremendous relief. I have spent seven or eight years with this project. And all the time you have these worries: What if you’re wrong on this thing or that thing? What happens when the wind overpowers the helicopter while it is taking off, what happens if it tries to land too early when it is still in the air? There’s a list of hundreds of different little worries like that. And in a moment, suddenly all of those vanish – because it just works. The helicopter did its job perfectly. That was perhaps the strongest emotion: All of those worries just suddenly going out the window.

DER SPIEGEL: And how is it to fly on Mars?

Grip: It’s a really neat feeling to be pulling the strings from this far away, hundreds of millions of kilometers away. That’s just magical. And talking more practically, there are all sorts of special things to consider. You upload commands to the helicopter and then you try to go to bed while this thing is actually flying – and then you wake up again later and get the data back from it.

DER SPIEGEL: Sending the steering commands to Mars takes about eight minutes in a single direction. That means the helicopter basically has to fly on its own. So, is being the “chief pilot” actually more of an honorary title?

” … then an anomaly occurred”

DER SPIEGEL: To what extent can you influence the behavior of the helicopter now that it is on Mars?

Grip: We have lots of ways to influence the helicopter. There are hundreds or thousands of parameters that can be tweaked. For most of those we have already spent a considerable amount of time on Earth prior to launch in order to find the right balance. So, we try to change only the things that are necessary from flight to flight: We are looking at the waypoints that control where the helicopter flies. We think about speed and how aggressively it maneuvers between those waypoints. We define where it takes pictures along the way and so on. We also have to estimate the energy usage that’s going to be required. And after landing, we have to check if all systems are healthy and ready for the next flight.

DER SPIEGEL: The flights after the first one have become more and more complicated. Ingenuity has reached higher altitudes, traveled at higher speeds and covered longer distances with each take-off. What was the most challenging of those flights so far?

Grip:S Flight six was quite challenging. We chose a high altitude and ground speed and a complicated course. And then an anomaly occurred.

DER SPIEGEL: The helicopter didn’t behave the way it was supposed to.

Grip: Exactly. For some time, it was tilting back and forth heavily during the flight. The reason was a timing anomaly. And that is a problem for a fast vehicle like Ingenuity. The helicopter needs to adjust its maneuvers at a very fast rate because it is naturally unstable, and it is small and has fast dynamics. If the timing becomes inaccurate, that’s a problem.

DER SPIEGEL: The problem occurred because of an issue with one of the images that the camera responsible for navigation took.

Grip: The navigation camera helps to understand the helicopter where it is. But one image of this camera got dropped. That shouldn’t have been a problem per se. But all the images that came after had wrong timestamps too. We could easily tolerate missing an image. But when we get a stream of images that have wrong timestamps, the algorithm is constantly getting confused when it is trying to compare what it is seeing against what it should be seeing.

“There is an end date for us, maybe in August. But we will be trying to do as many flights as possible until then.”

DER SPIEGEL: You managed to land safely even after that flight. And Ingenuity has achieved what it was built for, to demonstrate that it is possible to fly even in the thin atmosphere of Mars. So, how many more flights will you now be allowed to have?

Grip: We don’t know yet. We were originally planning for up to five flights. We have surpassed that mark already. There is an end date for us, maybe in August. But we will be trying to do as many flights as possible until then.

DER SPIEGEL: What have we learned for future missions from Ingenuity’s flights so far?

Grip: We wanted to prove for ourselves and everyone else that you really can fly and operate a helicopter on Mars. Now, you can see it with your own eyes that the helicopter is indeed flying around and doing a nice job. That opens up doors for future missions. We can have confidence that our approach works – and that means we can design more capable helicopters in the future because we can have more faith in our models and our processes.

DER SPIEGEL: What can helicopters be used for on future Mars missions?

Grip: There are a few things that stand out. One is that helicopters can act as ideal reconnaissance platforms. They can scout terrain for future rovers or even future astronauts once you have humans on Mars. But we are also thinking about the possibility of building larger, more capable helicopters that can carry scientific instruments to places that can’t be reached by land vehicles, steep cliffsides for example. There are even ideas to use helicopters to explore caves on Mars.

DER SPIEGEL: So far, Ingenuity still seems to be in good shape. Is your ultimate goal to push the helicopter so hard to its limits that it crashes?

Grip: We would definitely not destroy it intentionally. But there may come a time where we do stretch it to the point that we don’t have a safe landing afterwards. Ingenuity has done its job in terms of proving what we came there to do. So, no matter what happens as we push its limits, I am extremely happy with how the mission has turned out.